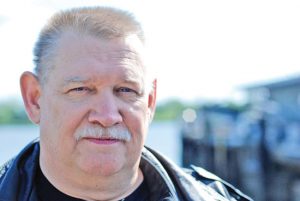 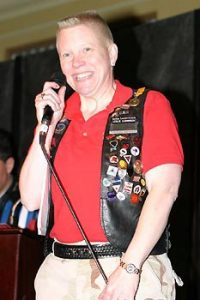 Long ago and far away Leslie Anderson made her SPLASH….insert your pun here……..onto the Leather scene. First with the Sandia Leathermen and Leatherwomen, then with the Motorcyclemen of New Mexico. Leslie was Ms New Mexico Leather in 1996, and President and Producer of New Mexico Leather events. In 1997 Leslie found her niche in the world and became the American Leatherwoman. If that wasn’t enough….Leslie became the 1st International Ms Bootblack in 1999. Nowadays Leslie resides in Chicago, IL and prefers to call herself the founding member of RIBB (Retired International Bootblack) and slave to her 6 year old African Grey named Chicken. He’s one demanding Top. Here is the only thing Leslie knows for sure” life is ALWAYS a work in progress…..and when it no longer is…..it isn’t.”